In case you were wondering, I’m running for re-election this year. It has been a tremendous honor to represent the 31st Legislative District in Olympia for the past four years. I’m running again to keep the Legislature’s focus on those issues that matter to our community: a strong economy, excellent education opportunities, and safe neighborhoods.

I’ve served as one of 5 Republicans on the House Finance Committee since I first arrived in Olympia. From that position, I’ve helped defeat billions of dollars worth of new taxes proposed by the Governor and the majority party, such as taxes on your income, electricity and natural gas, and bottled water. I’ve opposed this onslaught of taxation so that families can keep more of their money and businesses can afford to hire more employees. Instead of higher taxes, I’ve consistently advocated (as a member of the Appropriations Committee, where I’m now the assistant ranking minority member) that the Legislature should better prioritize its spending and demand greater efficiency from state agencies.

As the father of two young boys, I believe that our state’s constitution is correct when it provides that “it is the paramount duty of the state to make ample provision for the education of all children.” Since my first campaign in 2014, I’ve argued that schools deserve our first dollar, not our last dime. That’s not just an electoral cliche; during my two terms in Olympia, approximately 75% of new state revenues have been invested into public education.

I’ve also led the fight, both inside and outside the Legislature, to keep heroin injection sites out of our community. As a private citizen and attorney, I have assisted a King County voter initiative to ban drug injection sites from the county. The campaign was sued by the City of Seattle and a coalition of groups who will operate an injection site in order to block the initiative from a public vote, and I represented the campaign in superior court (the case is now pending before the Supreme Court). As your state representative, I’ve sponsored bills to prohibit these injection sites and offered similar amendments to virtually every appropriations bill and public health bill that has come to the House floor. Unfortunately, the majority party has so far relied on parliamentary tactics to avoid any vote or even debate on the topic. If I return to Olympia, I’ll continue this fight, not stopping until heroin injection sites are as illegal as heroin itself. 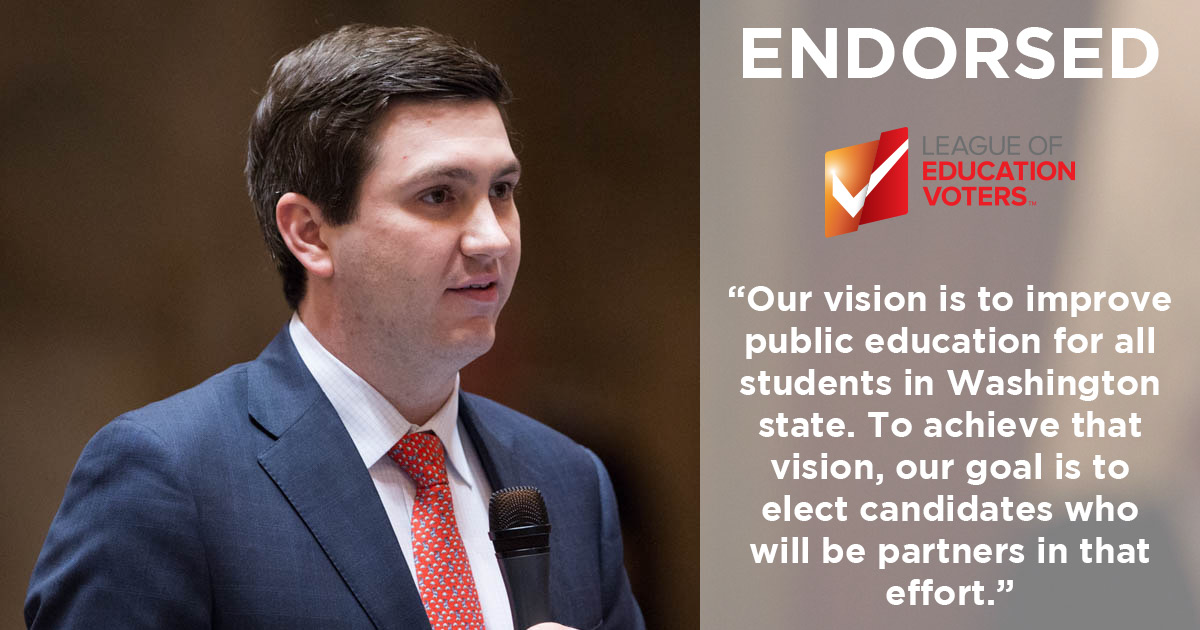 Endorsed by League of Education Voters
Endorsements
Rep.-elect Stokesbary named to House committees
In the News