From the Auburn Reporter:

“Flooding, and the damage it can cause, is not just a major public safety issue, but a health and economic issue as well,” said Stokesbary, R-Auburn. “House Bill 1940 will protect funding for ongoing and future flood control efforts. Flood control Districts do great work in maintaining and expanding flood protection measures, including our levee system which is critical in a flood event. Making sure they have the tools to do this work effectively is a priority for me.”

House Bill 1940 would not increase taxes, but simply guarantee that property tax revenue currently directed to the Flood Control District is not designated for another purpose in the future. Stokesbary filed the bill with support from a bipartisan group of legislators, as well as from local municipal leaders.

“Since 2007, the King County Flood Control District has proven its effectiveness in reducing the risk of flooding to not just Auburn, but our entire region,” said Nancy Backus, mayor of Auburn. “As a flood-prone area, it is critical we have measures in place to protect our citizens, their property and to maintain our economic functions. Providing adequate funding for the King County Flood Control District is one of the best ways to ensure that.”

“The Flood Control District was created to provide a proactive, regional approach to flood control as well as to fund improvements to the county’s nearly 500 aging and inadequate flood protection facilities,” said King County Councilmember and Chair of the King County Flood Control District Reagan Dunn. “Without action by the Legislature, funding for future projects is at risk.”

The King County Flood Control District recently completed construction of the Reddington Levee on the Green River, and will soon begin work on the Countyline Levee Project along the White River.

The Corps of Engineers manages the Howard Hanson Dam northeast of Enumclaw.

House Bill 1940 is scheduled for a public hearing on Feb. 10 in the House Finance Committee.

More For You
Rep. Stokesbary’s crowdfunding bill featured in GeekWire
In the News 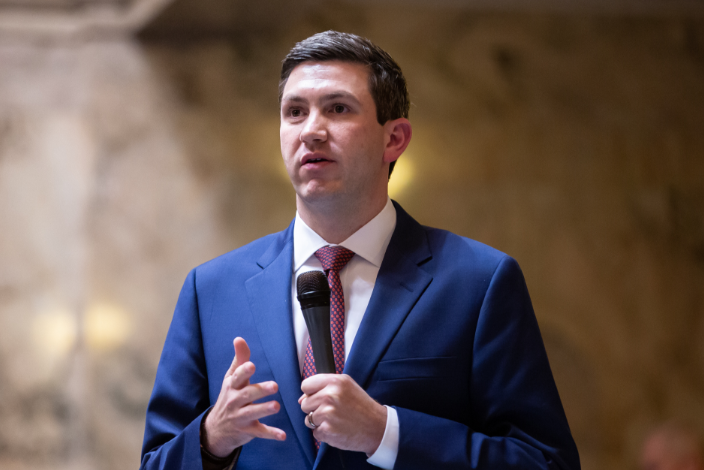