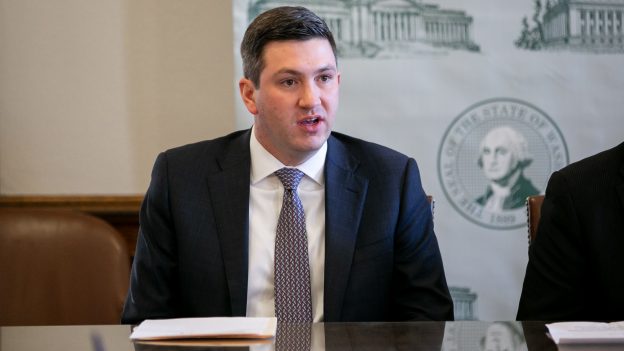 The Tacoma News Tribune has once again endorsed Republican Drew Stokesbary with “no reservations” for election to the State House, concluding that “There’s little question Stokesbary’s presence representing the 31st will be a benefit to the region and the state.”

Here’s some of what else the TNT had to say:

While being a Republican in Olympia can be an uphill battle, Stokesbary has seemingly mastered the art of playing pesky counterbalance — and occasional thorn — to the Democratic majority. As the ranking minority leader of the House Appropriations Committee, Stokesbary, in his own words, has “been Republican leader on pretty much everything related to the state budget,” putting his economics degree from Duke University and a law degree from Notre Dame to good use along the way. He’s also been a frequent critic of the liberal inclination toward taxing and spending, including championing sensible tax relief that has yet to come but would likely be welcomed by many constituents of the 31st, now more than ever.

Stokesbary has also been a vocal but thoughtful critic of what too often amounts to one-party rule in Olympia. In recent years, emboldened by strong majorities, conversations that have historically been more bipartisan affairs — like budget and transportation package negotiations — have become far more one-sided, with Republicans left on the outside looking in.

You can find the full endorsement at https://www.thenewstribune.com/article263111338.html.