Sign up to receive exclusive updates from the campaign.
FOR IMMEDIATE RELEASE:

The Washington State Patrol Troopers Association (WSPTA) has endorsed Drew Stokesbary in his race for State Representative. Stokesbary is running for an open seat in the 31st legislative district.

“It is truly an honor to be endorsed by our hard-working State Patrol officers, who risk their lives daily.” said Drew Stokesbary. “I look forward to working with them to keep our roads and communities safe, and to give them the tools they need to continue performing their job with distinction.”

WSPTA negotiates and administers a collective bargaining agreement with the State of Washington. The union represents commissioned employees of the Washington State Patrol below the rank of Lieutenant, including Troopers, Detectives, and Sergeants. Learn more at www.wspta.org.

More For You
My 2018 Re-Election Campaign
Current Events
Rep. Stokesbary votes ‘no’ on House budget
In the News 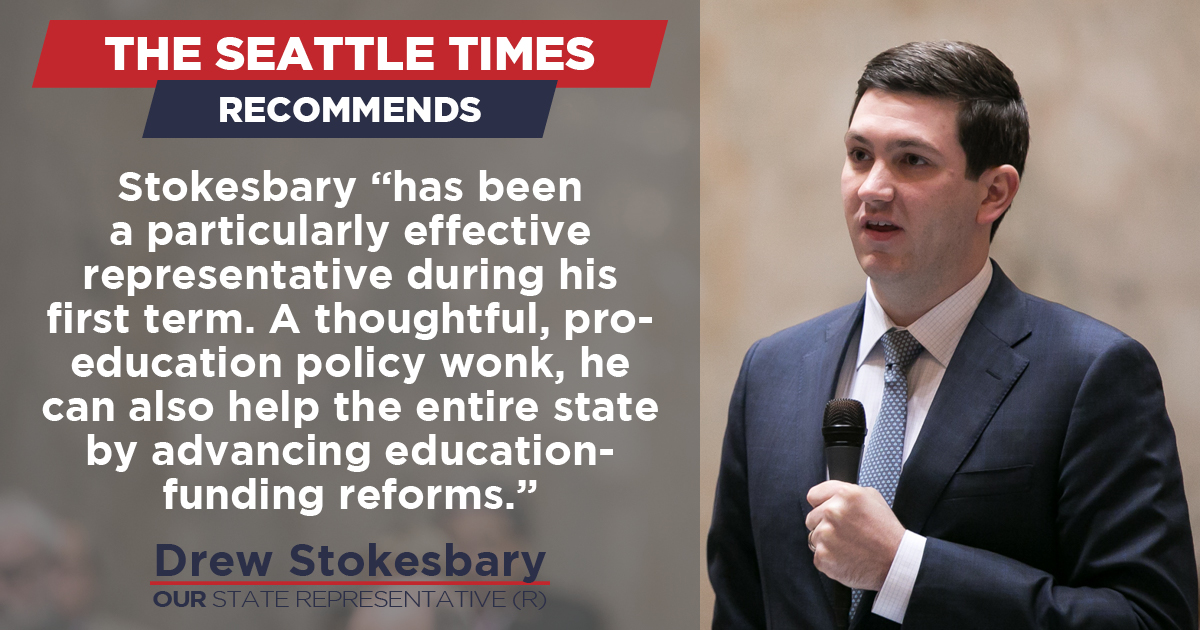