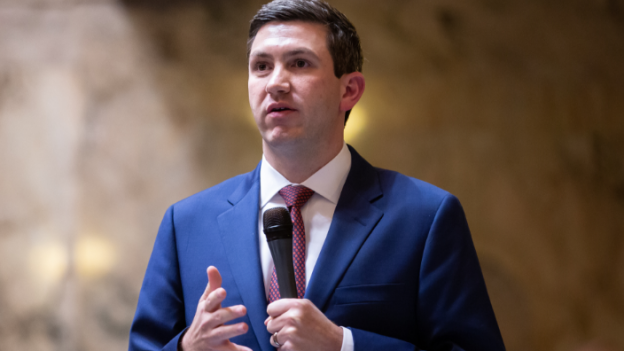 From the Auburn Reporter:

Drew Stokesbary, an attorney from Auburn, has been elected to his first term in the state House of Representatives.

“I am incredibly honored to be chosen to serve the people of South King County and East Pierce County,” Stokesbary said. “It would not have been possible without a supportive wife and family. I am also thankful for my hard-working volunteers and everyone else who supported my campaign, from small business owners to law enforcement officers to education advocates.

“In many ways, campaigning was the easy part. Now begins the difficult task of governing,” he said. “I look forward to working with legislators on both sides of the aisle to fully fund education, improve our region’s transportation system, and promote job and economic growth.”

Stokesbary is a graduate of Duke University and Notre Dame Law School. He lives in south Auburn with his wife, Ashley, and their 6-month old son, Jackson.

Endorsed by Stand for Children!
Endorsements
Saving Washington’s Charter Schools
In the News